I recently wrote for another gig about time spent on Kodiak and Afognak Islands that I did years ago.  It’a a bit of a different place than what I’ve been posting about recently but it’s such a wonderful place.  I hope you enjoy the read!

Kodiak is famous.  At least the bears of Kodiak are famous.  Kodiak bears are billed as the worlds largest Grizzly or Brown Bears.  For the most part, Kodiak Bears measure up to their mythic proportions better than you’d guess.

I spent most of a summer working in commercial fisheries management on Afognak Island, Alaska.  I vividly remember being woken up late at night by a dreaming co-worker in the cabin screaming, ‘Bear!’ but the best memories are those of actual bears.  Almost every day a small Kodiak bear fished in a stream a stone’s throw from the cabin.  One night I woke to the eerie sunlight of 2 am and heard a splashing noise outside the cabin window.  I quietly dressed and stepped onto the porch; down at the stream the bear was fishing for a late night snack.  I stood and watched.

Kodiak is remote, with a small town and little else besides a monastery, forest and wildlife.  Afognak is accessible only by boat or float plane, one upping the remoteness of Kodiak by not having an airport.  The islands are incredibly close, and the ocean around and between them is calm but tides change quickly.  Minutes after beaching our boat, the tide receded leaving me and my coworker unexpectedly camping on a rocky beach, drying our wet socks by an improvised fire.  The tide came in 12 hours later and we were able to push off easily.  Another time, we missed the opportunity of getting close to a breaching whale because of the tide, which was probably for the best.  Seal, otters, whales and an abundance of sea birds make their home around both islands.  Most of the sea birds nest on tiny rocky spits off the coast of the main islands and spend their days diving for fish.  Otters move their tiny paws in quick motions, looking as if they’re waving at you before disappearing beneath the sea.  On land, besides the spectacular bears, there are gorgeous foxes and rather bold, small deer.  Mountain Goats and elk were introduced to Kodiak along with muskrats, beavers and ground squirrels.  Bats can be found, often making home in seldom used buildings.

As part of our work on Afognak, we were required to carry shotguns as protection from bears.  Nothing brought out the local fox more than firing the shotgun.  After practicing to make ourselves proficient with the weapon, the silvery fox drifted out of the woods, sniffing for a gut pile left by a hunter.  Bald Eagles seem to be as common as pigeons on Afognak and Kodiak, fishing in the fecund streams and gorging on their catch.

Getting to Kodiak is easy, you can take a ferry from mainland Alaska, or book a flight.  Once on Kodiak, there are a plethora of air taxis and you can see a number of homes with float planes bobbing in backyard ponds.  Driving on Kodiak won’t take you very far but there are some attractions in the city.  There is a beautiful old church that is a relic of when Alaska was owned by Russia, complete with fairy tale Russian architecture.  There is a microbrewery too, where you can sip on a Sarah Pale Ale and even a small movie theater.  More common are outdoor gear and clothing stores, which seem to be Kodiak’s main tourist industry besides restaurants.

Kodiak and Afognak give you a taste of real Alaska, a place where commercial fishing is common employment.  People I worked for talked about trading deer meat with neighbors for Halibut or Salmon; how hunting and fishing truly supplement store bought food.  There are waterfalls and hidden bays, lost Native American artifacts waiting to be rediscovered and a sense of wildness hard to find in the lower 48 states. 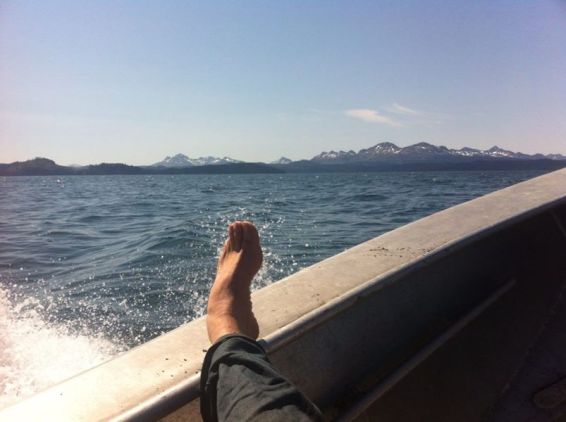 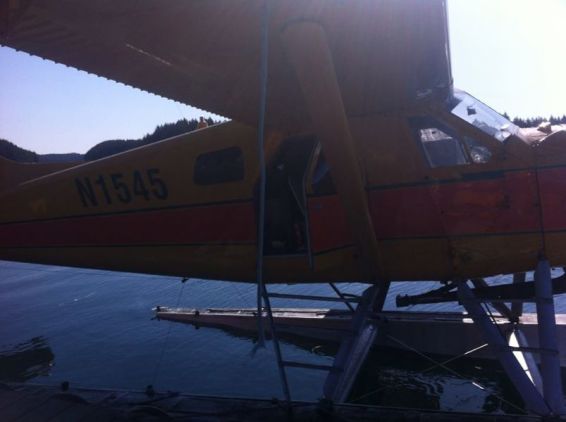