I’m in Kathmandu, famous capital city of Nepal for a few days before heading into the Terai region to visit Bardia National Park and later perhaps Royal Chitwan National Park.

Flying into Kathmandu gave a clear view through airplane windows of the Nepali Himalaya. The snow covered peaks squatted in the in the distance like a mirage of a cool purity not found inside of Kathmandu itself.

The oldest buildings in the Kathmandu valley are over 2,000 years old and there seem to be little shrines every few blocks. The city itself is crowded with a seemingly endless stream of traffic during the day. Pedestrians, motorcycles and scooters jostle with occasional bicycle rickshaws and cars. Dogs sleep on the steps of businesses and temples or wander at will. I saw a couple healthy looking canines sitting with endless patience near a man selling raw meat. Pigeons and the black and grey house crow hop around roof tops and flap through the sky.

The air is hazy with pollution and the whole city has a unique smell, something like an unwashed person anointed with incense. It may be just in my head by my throat feels a bit raw from the sting of bad air since I arrived yesterday.

At night the traffic dies down and mostly the city is given over the lonely echoes of dogs barking in every corner of the city. Kathmandu wakes up early but relatively slowly as the sun burns through the smog on the horizon.

Below are some photos of the view from my hotel room. 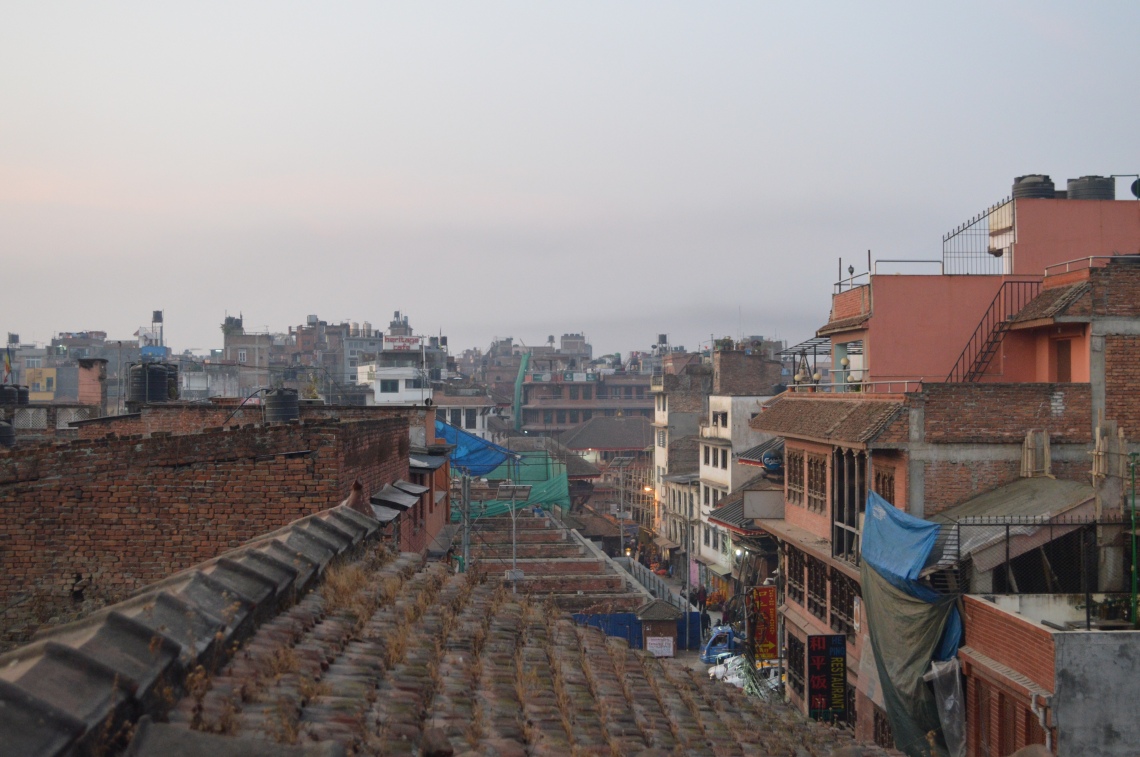